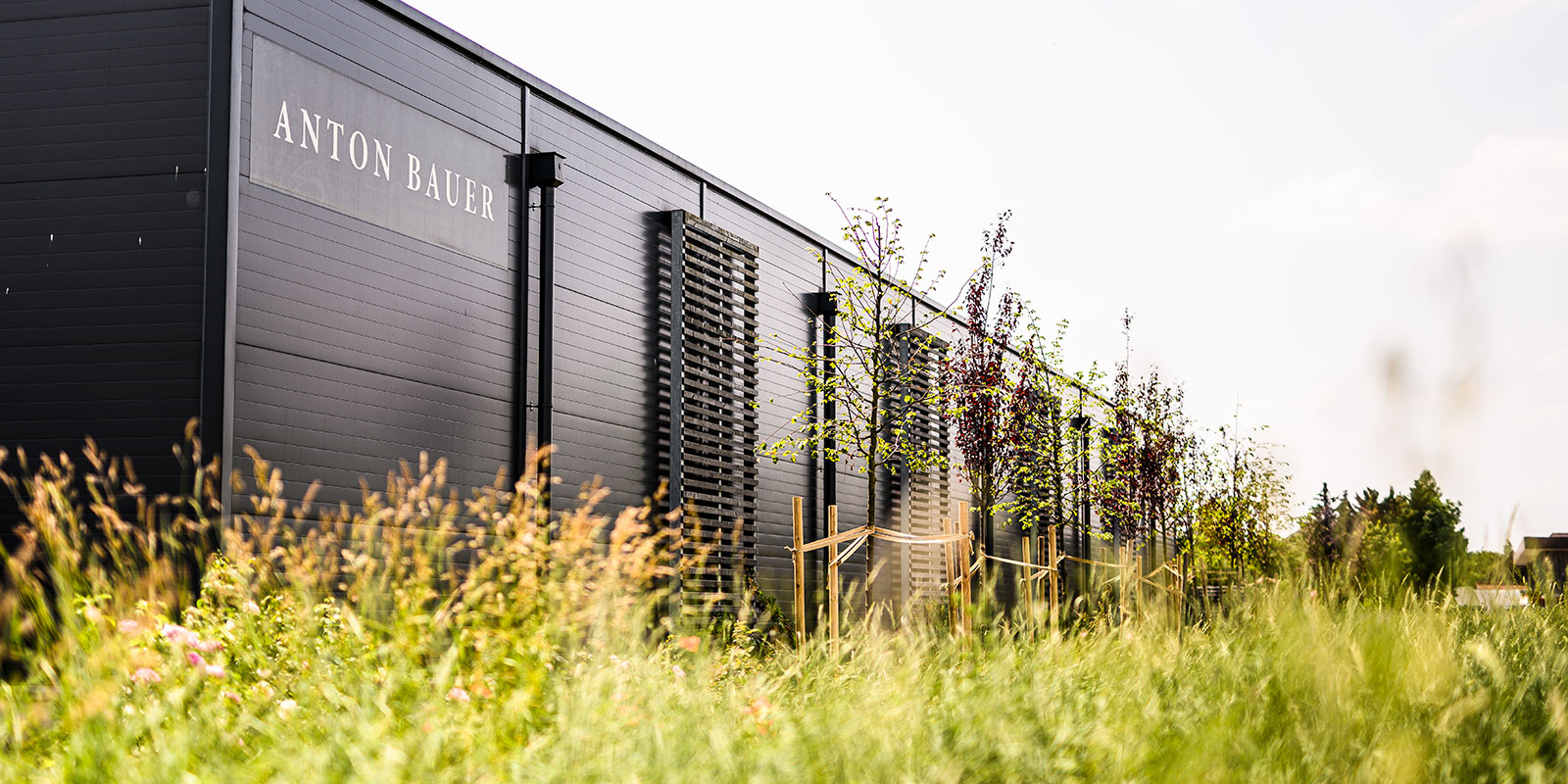 A combination of tradition and modernity

The winery offices and stock room are located in the centre of Feuersbrunn/Wagram, where the Bauer family has owned an old winery for generations. The vinification of the wines is carried out in a new modern winery outside of Feuersbrunn. The latest technology is obligatory as well as meticulous cleanliness.

The continuous cultivation  of the vineyards according to sustainable and  organic biodynamic principles  is one of the prerequisites for producing high-quality grapes. Anton Bauer puts much emphasis on exact working methods, an integrated grape production that protects beneficial insects. A healthy soil enriched with humus provides the basis for the deep rooting vines, trimming during the summer months and yield reduction further contribute to receiving ripe grapes of best quality.

The physiologically ripe grapes are handled as gently as possible and are of course 100% picked by hand. As a next step the grapes are selected on a sorter belt by a camera. A long period of extensive contact with the yeast makes the wines harmonious, ensuring that there is a better balance between acidity and alcohol. As the wines are bottled relatively late they can mature slowly. And that is exactly part of Anton Bauer's philosophy: Things need time to develop, and wine needs time as well. 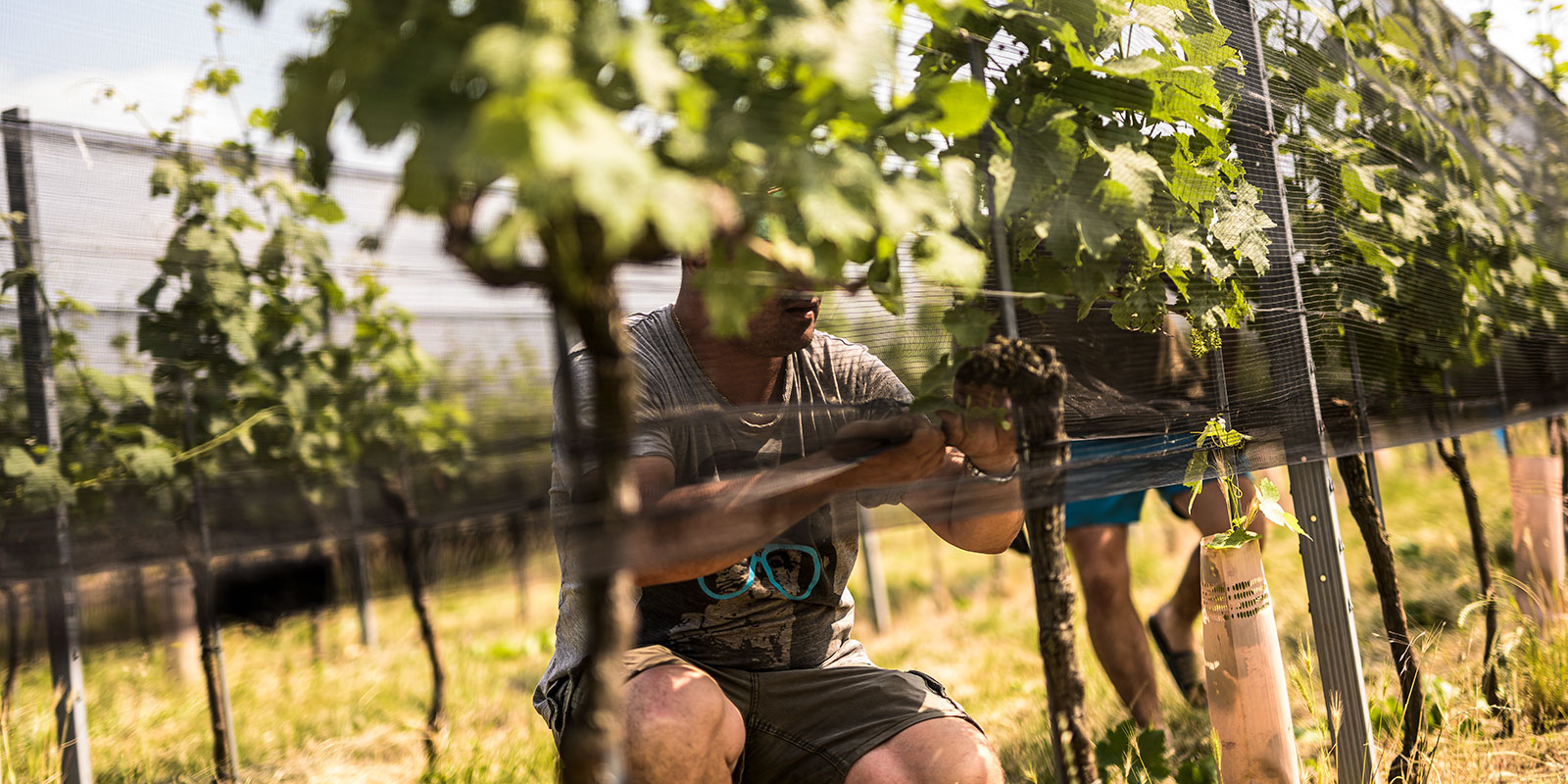 The gifts of nature

Soil & Climate - the much cited so-called terroir - the basis for the expression of the wines. On the Wagram, these are mainly loam and loess soils, occasionally there are also granite formations. The advantage of these meter-thick layers of soil is that the vines can be deeply rooted and dig well downwards, providing a degree of protection against drought on the one hand and the minerals and sediments hidden at depth on the other. The Wagram emerged from the deposits of the Urdonau, which still contain many remains of shells and fossils.

As a result of the Wagram's west / east extension, the vineyards are all south-facing, allowing them to reach the sun. This east-west orientation parallel to the Danube has even more advantages. From the east, the foothills of the mild Pannonian climate move up the Danube, from the west and northwest, the cool air flows from the Waldviertel into the Danube valley.

And just this interplay of warmth and coolness makes the wines finesse rich, complex and gives them an interesting fruit acidity game. 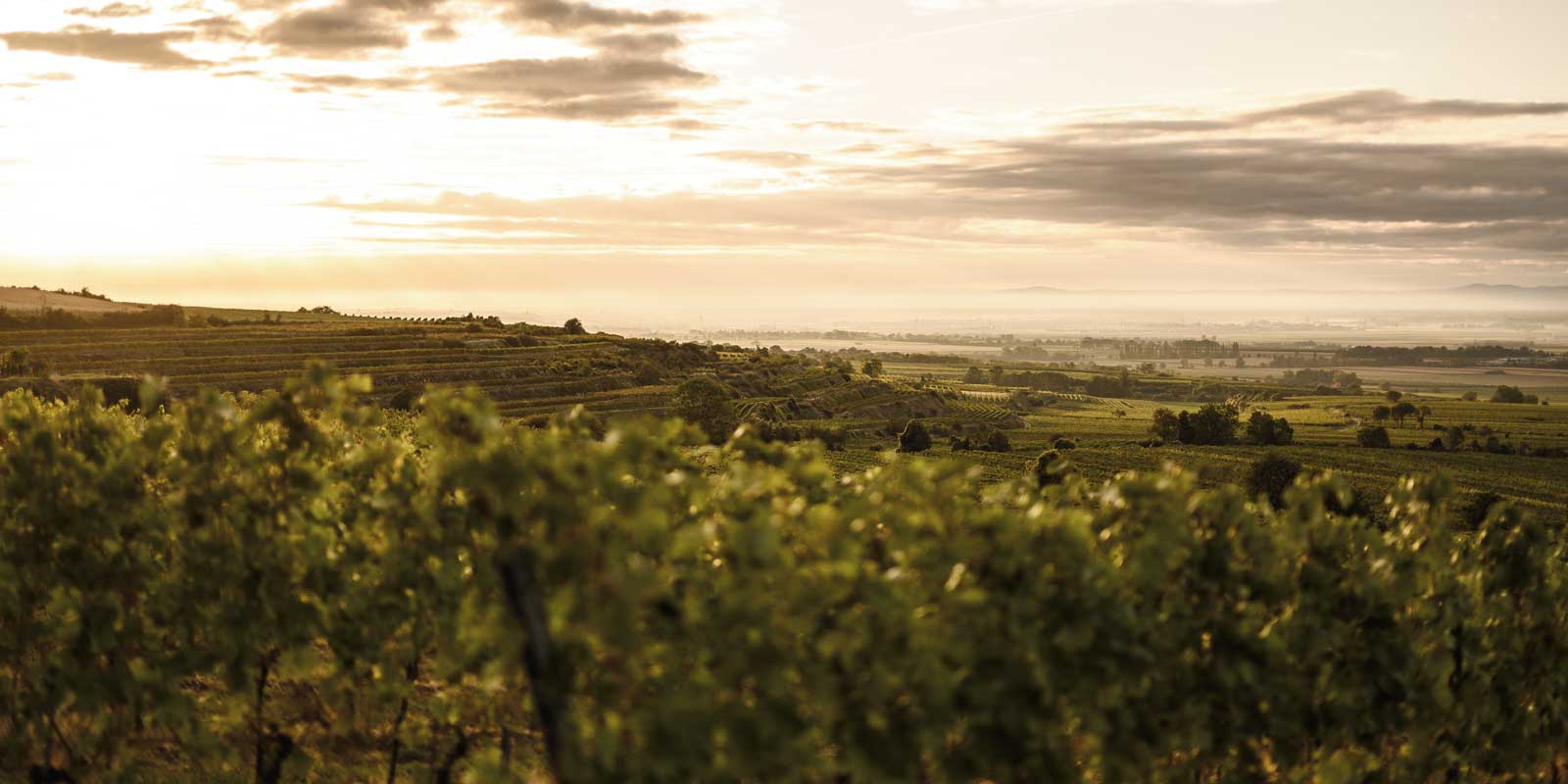 The Wagram, a 40 km long and 30 m high ridge between the towns of Krems and Tulln consists of thousands of years old gravel sediments of the ancient Danube. The name Wagram goes back to the old word "Wogenrain" or "Wogenrand", i.e. some sort of boundary or edge, which was reached by the waves of a primeval river or sea. During the storms of the ice age loess was deposited on the southern slopes of the gravel formations, characterizing today's landscape and contributing to its fertility.

The Wagram is quiet, picturesque, and it is its original and genuine character that makes it so charming: Softly rolling hills, wide elevated plains interspersed with narrow paths, magnificent viewpoints, fertile soils and a unique flora and fauna. There is a lot to explore and enjoy.

The region around the Wagram belongs to the 2,800 hectare wine growing area of the Wagram, which was embodied in the Austrian wine law in 2007. The western boundary is formed by the wine growing area of the Kremstal, the southern boundary by the Traisental and the eastern boundary by the Weinviertel and the Viennese vineyards. The most important grape variety of the Wagram is the Grüner Veltliner, but also Riesling, Weißburgunder and Chardonnay grow excellently in this region. A speciality of this area is the Roter Veltliner. The red wines are dominated by the Zweigelt, followed by Blaufränkisch, Blauburgunder, Cabernet Sauvignon and Merlot varieties.

Feuersbrunn was first documented as "Vuozesprunnen" in 1149. In 1601 the name of Feuersbrunn appears for the first time in today's spelling.